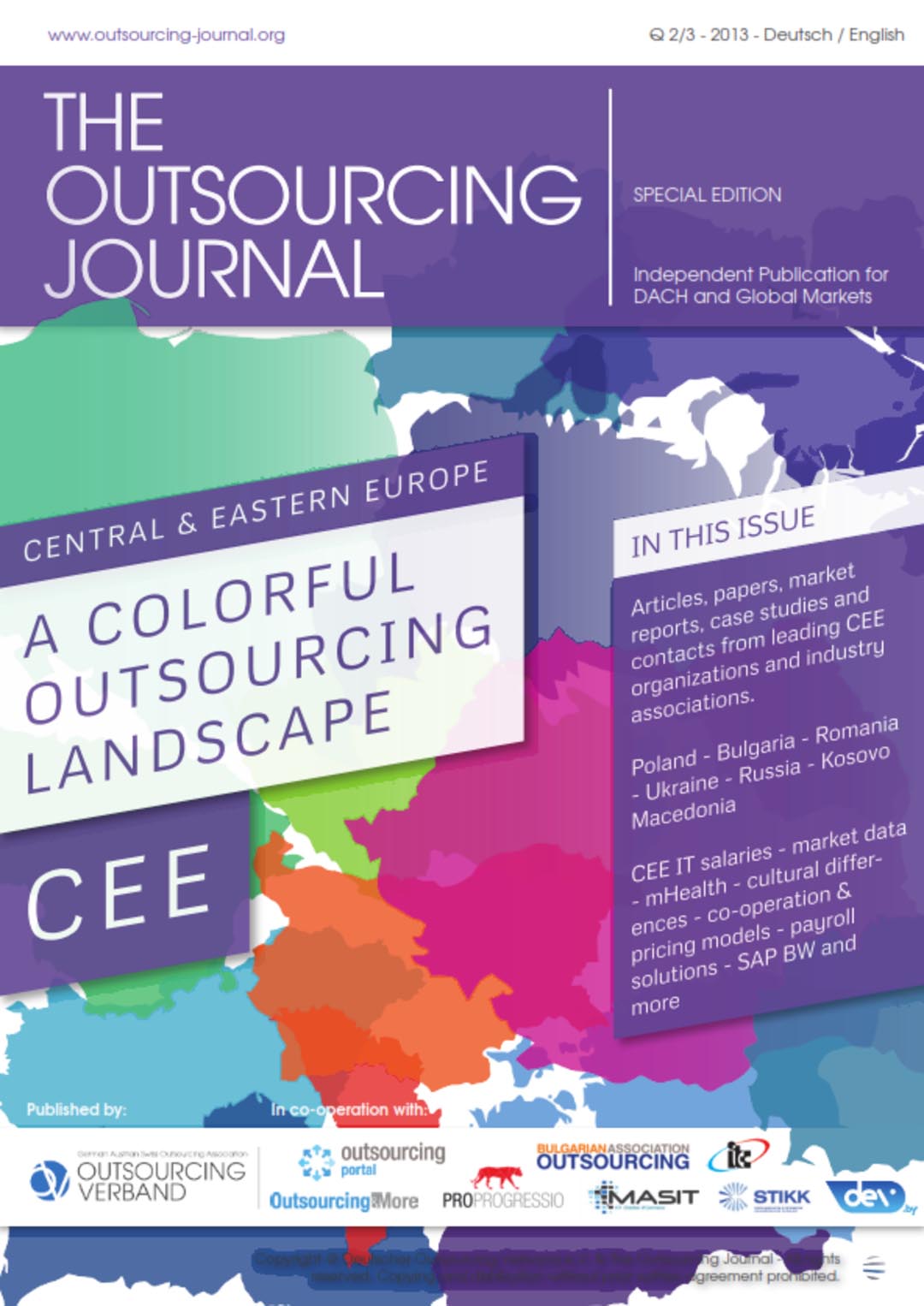 A strong average of English and German skills, similar work culture to people of Western Europe and US, huge, untapped and well-educated workforce and experienced training service providers, which deliver certified professionals to the market, make Kosovo a runner up in the list of the top places for outsourcing in Eastern Europe, while its capital Prishtina, is close to over 10 cities of Central and Eastern Europe.

The backbone of the ICT Industry the Kosovo Association of Information and Communication Technology (www.stikk-ks.org), which represents the industry, founded in 2008, has provided constant publications around the situation of the ICT Industry of the country on yearly bases including information about procurement, IPR Structure, Demand/Supply, Skills gap analysis, Standardization and the latest report on internet penetration which shows a figure of over 72% internet penetration in the country, giving an incentive of an interesting ICT Industry profile, where over 130 ICT Companies operate, 80% owned by locals and less than 10% by foreigners , with an average size of 10-20 employees. Getting back to a report by IDC published on 2011 , the IT market of Kosovo amounted 126.75 million dollars, reflecting 5.8% year-on-year growth, while spending on IT services has reached 17.54 million, where leading IT service providers in 2011 were 3CIS, Cacttus and Asseco SEE.

IDC expected that the IT Market in Kosovo will expand by 2.6% year on year in 2012 and forecasts that the total of IT spending will reach 153.91 million dollars in 2016. Digging deeper into the Telecommunication sector, a recent report by the Telecommunications Regulatory Authority of Kosovo shows that the mobile industry of the country is on a good pace and the two big players, PTK and IPKO, with approximately 1,500,000 users in total have raised the mobile pen- etration in a total of 87.8% in 2012, a 8% raise compared to 2011.

The right mix of skills and knowledge
From a market perspective, an educated country and tech-savvy people with the “right” mix of skills and knowledge, give the promotion of an outsourcing destination, while a case study on ICT trainings in Kosovo performed by Cisco Networking Academy (NetAcad) states that there is an educated and experienced workforce as a whole, but it’s searching higher salaries and better working conditions abroad. In this study NetAcad revealed that Kosovo makes a perfect ICT Outsourcing country, and time difference between USA makes it more appealing for the U.S. market.

Such is the story of 3CIS (www.3cis.net) which provides highly specialized services to major telecommunication carriers across the world like ATT, Clearwire, Vodafone, Bt, Oranget, etc. In the services that it covers some worth mentioning are architecture design, planning, consulting, implementation, integration and testing. Founders of the company state that some of the main arguments of starting operations in Kosovo include operating hours ahead of US Time zones, guaranteed quality based on experience, well educated work force and a very attractive price point and value.

Application Development and Software
Testing IDC estimated that software application market in Kosovo totaled 8.62 million dollars in 2011, where 39.8% of ERM applications remained the strongest category in this segment, while it expects an increase of 5.7% in 2012. This part of the market has become especially attractive for some specific and professional companies like ION Coders (www.ioncoders.com), which has already delivered services to clients in the Switzerland and Germany, building custom mobile apps for companies that supported the extension of their services.

Native mobile development in Objective C, C++ and Java for iOS and Android platforms, and as well for ASP. Net development, are the technologies that this company uses in project based development with international clients.

Another interesting company in this field is Cacttus (www.cacttus.com), with a strong expertise in software testing to clients in Germany and USA, including mobile and web application functionality testing, system testing, performance testing, security testing, test & design execution and defect management. The expertise of one of the oldest players in the ICT Industry of Kosovo is a unique combination in the areas of software development, software testing and project management.

Exporting professional services on database development, geographical information systems, location based services, web platforms, ERP and CRM customizing, are the strengths of Adaptivit (www.adaptiv-it.com) which has been valued as a reliable partner for high level outsourcing projects and services in Germany, thanks to certified company maturity, applied methodology, process based management, staff training and German communication knowledge throughout the company. Austria, Switzerland, Germany, UK, Sweden and US are destinations where Rrota (www.rrota.com), which has worked in outsourcing since 2008, has project going on, including software development, website development (front-end & back-end development), and graphic design and desktop publishing. The Management of the company mentions that requirements in the web industry from the German-speaking countries are usually Typo3, while on the other hand there are project management challenges, which overcome through detailed and honest communication, and the usage of Agile SCRUM Methodology has massively facilitated the exporting process of the company, ensuring quality and on-time delivery.

Last year a business incubator called Innovation Centre Kosovo (www.ickosovo.com) financed by the Norwegian Ministry of Foreign Affairs, was founded by STIKK and Athene Prosjektledelse AS in order to support the further development of the ICT Industry through focusing on startups and entrepreneurs, offering them a hub to launch their business ideas. The center offers incubation and training services, while it has also made a big impact on the market pushing forward the opening of other business support centers, startups, investments, etc. Top Countries where Kosovar companies export services are Germany, USA, Switzerland, Sweden and United Kingdom. Strengths of Kosovar Companies Strong and certified expertise in different fields such as Web and mobile application development; Software Testing; Database Development; Web/ Mobile Design; Project Management Qualified staff and above average knowledge of English and German languages Similar Work Culture to Western Countries Tech-savvy. 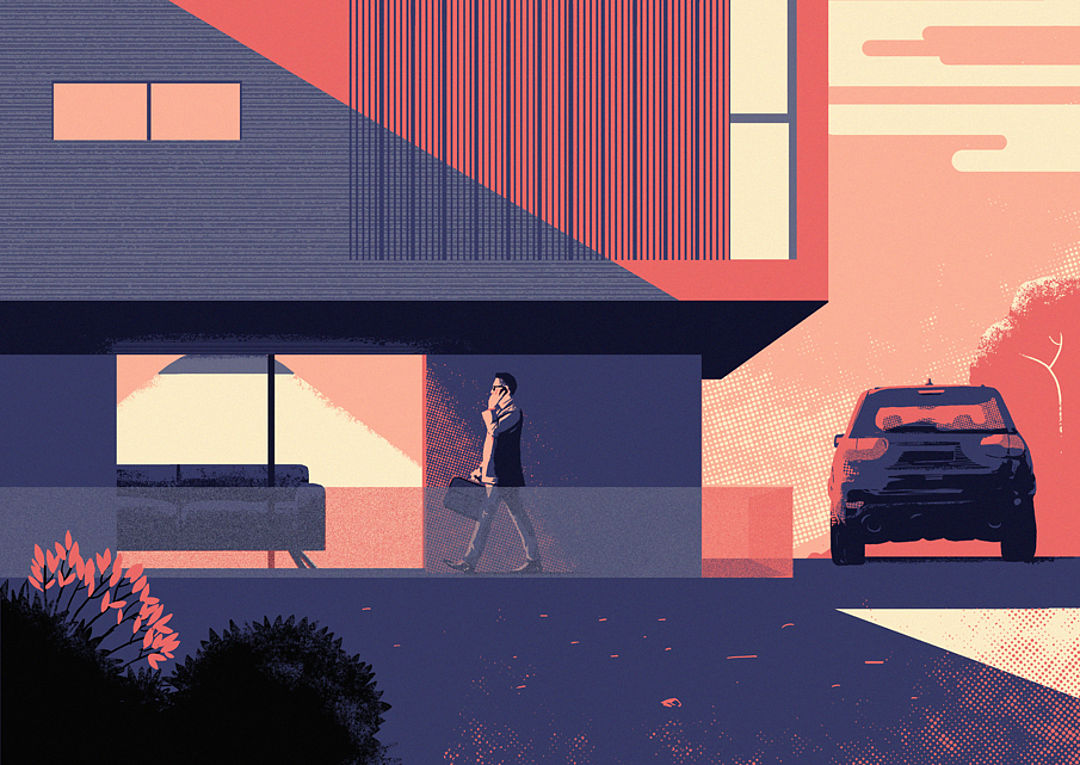